The significant differences between your sales manager’s “Independent Gunfighter” leadership and selling style and your core values of collaboration and respect for the individual is the current struggle being faced by many companies (and industries) today. 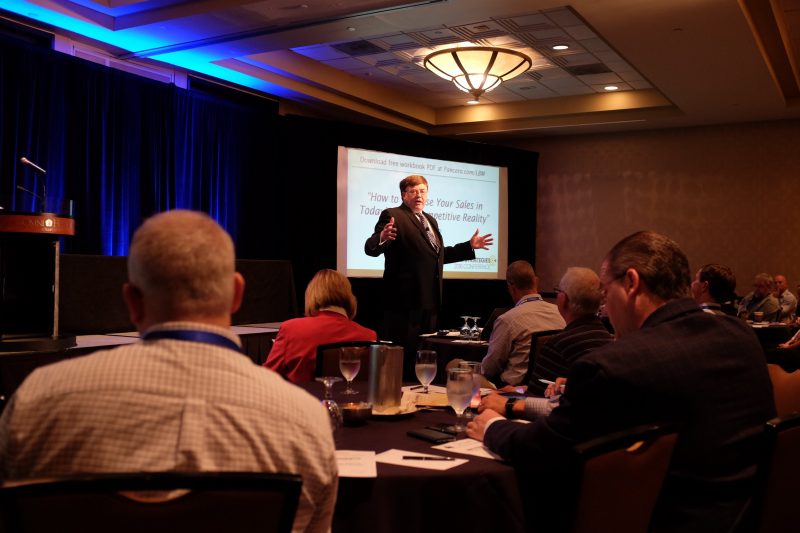 We are experiencing a generational shift in selling and sales leadership philosophies. The “old school” style of selling that was most successful from the 1980’s to the early 2000’s time frame focused on a sales team comprised of experienced “Independent Gunfighters” each with their own style and approach to selling. Each potential customer was approached with a selling message customized to best fit the wants and needs of that prospect. Everything they did was “one off” made up for each selling challenge or situation. There were few defined selling tools or multiple-stepped selling processes identified or followed. If you asked an “independent gunfighter” why they were successful they would tell you “their relationships” (Who they know) and their ability to close business.

The “Gunfighter” leadership style was a very reactive style of “my door is always open,” only getting involved when it was time to help close the business. This style of manager was only focused on asking “What” and “Who” questions. “What are you going to close this month and who’s it going to be?” The individual sales person or their planned selling process is of little concern to this style of leadership only focused (and demanding) of results.

In my keynote speeches I reference these leadership style differences as “Independent Gunfighters” versus “SWAT Team selling.” I define the three components of “SWAT Team Selling” as selling as a team with sales tools that include:

1) Having a defined and clear message of competitive value and uniqueness (“Why do I want to buy from you?”).

2) Identified and coached to multiple stepped selling best practices (“Steps followed from the identification of a prospect until they have signed an agreement”) as an example.

Bringing an experienced (and in the past successful) “Independent Gunfighter” sales leader into more of a “SWAT Team” leadership approach is a profound cultural shift. “Independent Gunfighter” sales leaders believe they are the best “closers” in the company (“Nobody can do it better than I can”). This leadership style sees themselves as the “Head doer” personally getting involved in every selling situation they can find.

This sales leader, the “head doer” of his team, needs to see the value and leadership wisdom in actually leading a sales team through the processes of coaching and advising. You want him to shift from just pushing his people to developing and leading his team members.

It will take a multiple-stepped effort to change that sales manager into a more collaborative coach and leader of his team:

Step 1 – You will need to show the leader he cannot stay where he is now. He has been producing consistent results from his group. Why would he want to listen to anyone saying he needs to change if he sees his style as a major contributor to his team’s performance? “Independent Gunfighter” leaders tend to pride themselves on their tough “General Patton” style of leadership and motivation. You will need to show him his older “Independent Gunfighter” style cannot, and will not be part of your culture and selling style moving forward. He will not listen to any outside coach or consultant telling him to change if he thinks he can successfully stay where he is right now.

Step 2 – Show him a detailed explanation of what you want him working on and where you want his efforts invested as a leader in the future. You cannot expect someone to make a profound 180-degree change toward a loosely defined theory. He will (rightfully) expect a clear definition of what (and how) you expect him to be doing and acting. He will also expect the new leaders of your other markets to be held to the same standards and expectations.

After these first two steps are completed he will have to make a commitment to you of: 1) “I refuse to change and will continue the way I have in the past” (assuming you allow this); 2) “I refuse to change so I’m looking for a nice parting gift for all I have done”; or 3) “I will do whatever I can to achieve this new level of leadership you are demanding.”

Step 3 – Explain/Train/Coach/Sell him on the value of becoming a more collaborative “Selling Process” coach and leader. If he wants and agrees to change then he will need to understand how and why selling and sales leadership has gone through such profound change just in the last 5 to 7 years. He also needs to understand the tools that can help him move to more of a “Selling Process” coach.

Step 4 – Assist/Support him by telephone as he works to implement his newly defined “Selling Process” approach to sales leadership.

I can help with this education process and help you identify/develop your needed selling process tools. Call me to discuss the challenges you are facing with your sales leaders and the solutions that I have that will transform your “gunfighters” into a Selling SWAT Team!